The ability of water to absorb and hold oxygen is vital to pond health and the health of your fish and other pond inhabitants. Dissolved Oxygen (DO) is the measure of the amount of oxygen dissolved in a body of water as an indication of the degree of health of the water and its ability to support a balanced aquatic ecosystem. DO meters can be very helpful in determining your oxygen levels. They are measured in Parts Per Million (PPM) and 5 ppm is typically a good number to shoot for to maintain healthy fish populations. Keep in mind, DO levels may be different at different water depths within the pond, especially if the pond is not aerated.

Barometric pressure, altitude, salinity, water purity, biological oxygen demand (BOD), and chemical oxygen demand (COD) all affect the amount of naturally occurring dissolved oxygen levels in water. The amount of additional oxygen water can hold through the aeration process is a function of temperature, altitude, and salinity. Colder water holds more oxygen than warm, water in higher elevations or with higher salinity levels has a decreased saturation level of oxygen. Once you have reached the saturation level, oxygen cannot be added without the help of photosynthetic activity or the introduction of pure oxygen. The warmer the water, the less dissolved oxygen it can hold. As the water temperature increases during the summer months, the less oxygen it can hold. 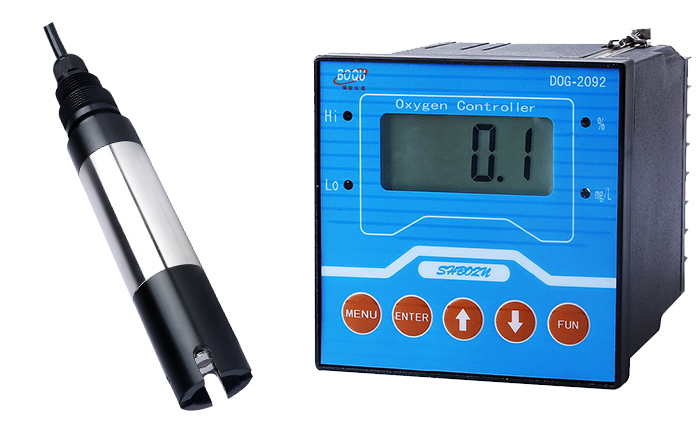 Water in a pond or lake must be in contact with the air, or more specifically oxygen, in order for the oxygen to dissolve into the water. Most oxygen is supplied naturally by wind and the photosynthesis process. As the wind blows, waves are created which mix the surface water and expose more surface area of the water to the air and oxygen is diffused into the water at the air/water interface. This process is more efficient on large lakes because there is a large open area for the wind to blow across the lake with less blockage from trees, hills, and buildings, and the larger surface area allows the waves to travel further. Small ponds that are surrounded by trees or other obstructions that block the wind do not receive as much oxygen from wind.

Photosynthesis is the process plants use to create energy. The aquatic plants will use sunlight and carbon dioxide to produce energy in the form of cellulose and release oxygen as a byproduct. More weeds is not always a good thing for your pond even though they are producing oxygen. During the daytime when the pond is receiving sunlight, photosynthesis can release oxygen into the water for the fish and bacteria to use. However, during the nighttime hours when there is no sunlight, photosynthesis stops and plants actually start to use some oxygen instead of producing it, and as the night progresses, the oxygen levels steadily drop. Also, once the plants die off, the extra decomposition taking place also uses up available oxygen.